The university pursues its transformation while successfully facing new challenges around its strategic projects and a fundraising campaign of the outmost importance as well as a new visual identity. 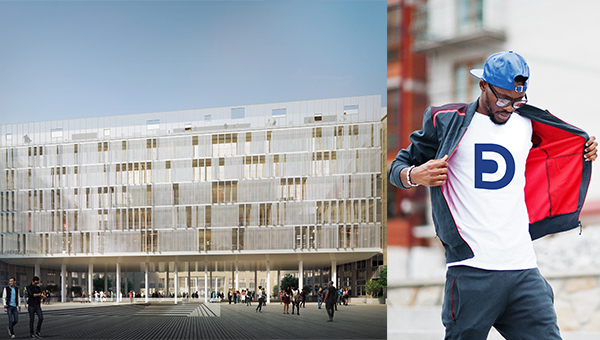 At a time when the development and success of organizations increasingly depends on digital technology, a major tool in decision-making, the university is launching a large-scale program to promote a worldwide training and research ecosystem, and to produce multidisciplinary work on digital transformation (artificial intelligence, data sciences, blockchain, machine learning, and so on).

The Transformation of the Porte Dauphine Campus

An extensive renovation project will be launched in 2020 with the aim of modernizing and completely restructuring the Paris campus, including the creation of a new wing and a rearranging of spaces to meet the latest environmental and energy-performance requirements. This architectural transformation will represent Dauphine's scientific and educational project toward creating a connected, sustainable university.

As a creative and responsible institution, Paris-Dauphine is also strongly focused on global interests. Present on five continents owing to the SIGMA alliance and strategic partnerships, Paris-Dauphine has opened several campuses abroad, including in Tunis, Casablanca, and London (which unveils its new campus on April 25).

To further these goals and strengthen community action, the Dauphine Foundation is launching a major fundraising campaign; its objective is to raise 50 million in donations by 2024, 15 million of which has already been pledged.

Building the Future Together

Fully engaged with an evolving world, the university also has a new visual identity to coincide with this key era.

With the creation of a monogram using the university's initials and incorporating the "U" into the "D", the school has adopted an identifying logo. The chosen typeface, a sans-serif lowercase, reflects the university's demanding, congenial, and formally recognized dimensions, while fitting harmoniously with PSL, co-branded since the last year or so.