During the online ceremony on the 21st of May, Dauphine researcher Maria J. Esteban has been awarded by the European Academy of Sciences. 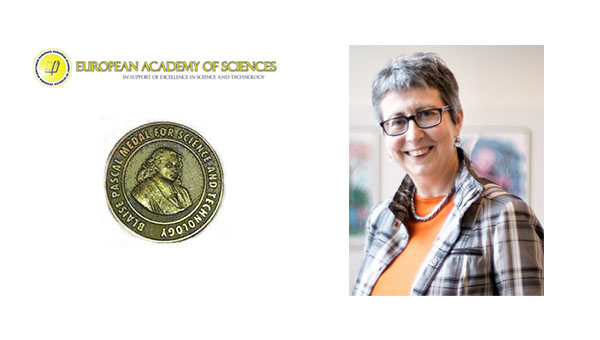 The European Academy of Sciences established the Blaise Pascal Medal in 2003 to recognise an outstanding and demonstrated personal contribution to science and technology and the promotion of excellence in research and education. Up to six medals may be awarded in any one year.

CNRS Research Director Maria J. Esteban has been a member of EURASC since 2017 and is continuing research at the CEREMADE laboratory in University Paris Dauphine - PSL. Her research studies and career has been awarded by the Blaise Pascal Medal in Maths on the 21th of May 2021.
Congratulations !

Former student of Pierre-Louis Lions (Fields Medal 1994), Maria J. Esteban specializes in nonlinear partial differential equations and their applications in fluid mechanics and quantum physics and chemistry.
Maria J. Esteban was elected in 2018 as an honorary member of the London Mathematical Society and in 2016 as a fellow of the SIAM (Society for Industrial and Applied Mathematics).
Member of the Abel Prize committee in 2014 and 2015, she was president of the SMAI (Society of Applied and Industrial Mathematics) from 2009 to 2012 and of the ICIAM (International Council for Industrial and Applied Mathematics) from 2015 to 2019.
She is also a member of the European Academy of Sciences and the Basque Academy of Sciences, Arts and Letters.

The European Academy of Sciences (EURASC) is a fully independent international association of distinguished scholars that aims to recognise and elect to its membership the best European scientists with a vision for Europe as a whole, transcending national borders both in elections and in actions, and with the aims of strengthening European science and scientific cooperation and of utilising the expertise of its members in advising other European bodies in the betterment of European research, technological application and social development.