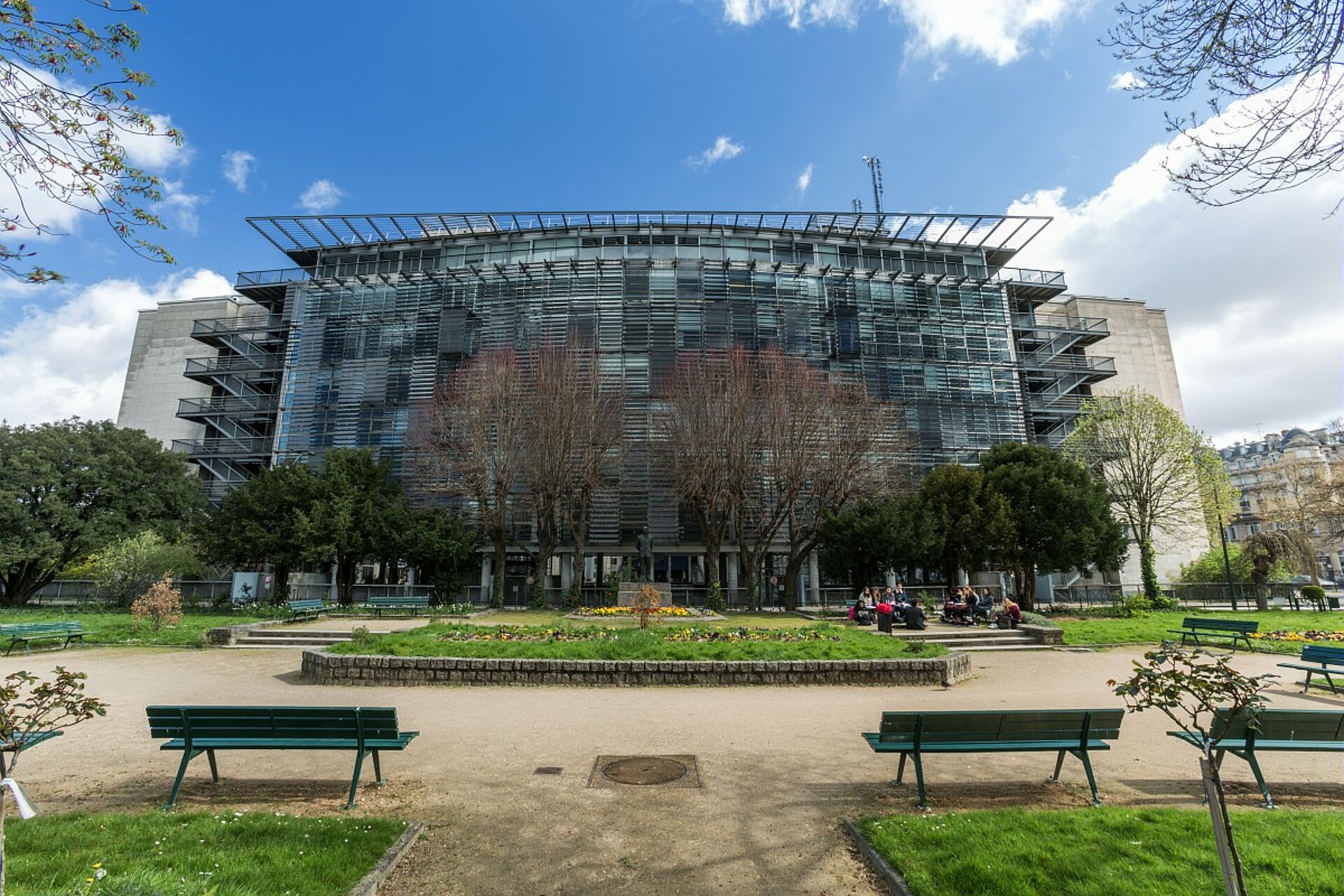 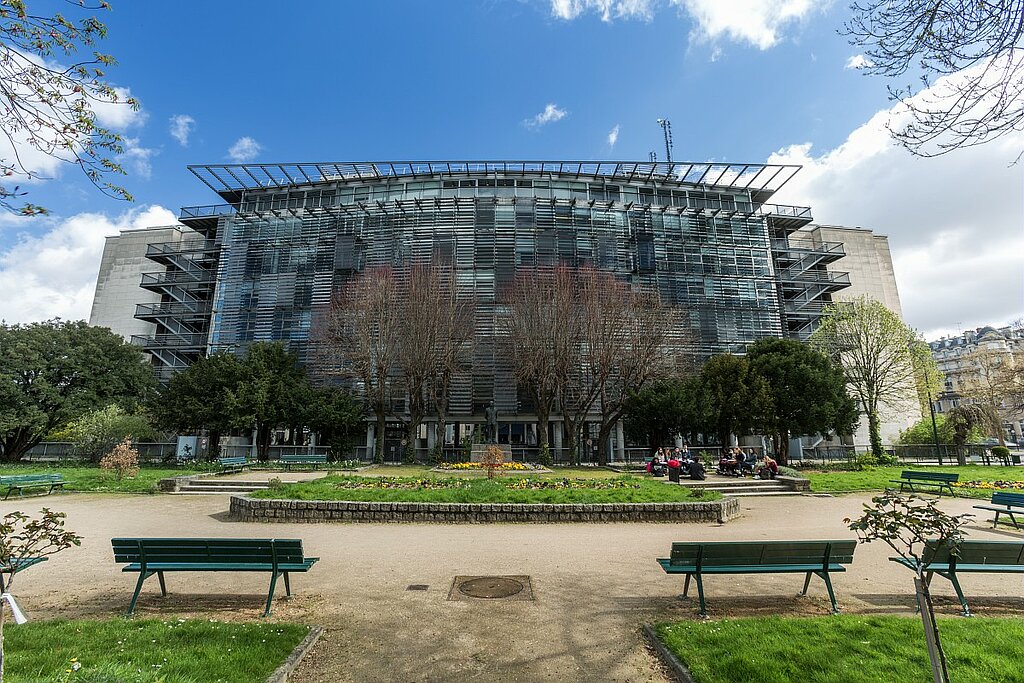 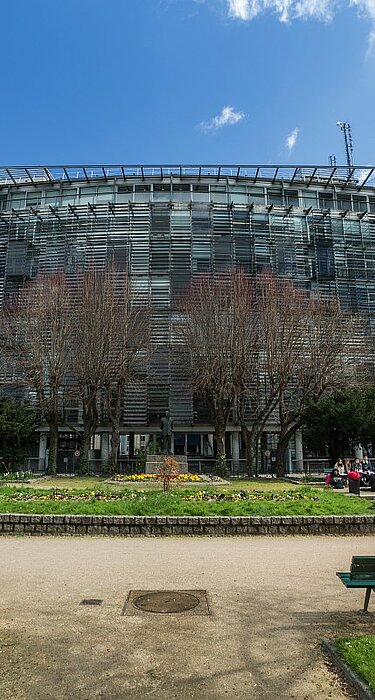 A Short History of Dauphine-PSL

Biographies of the University presidents

El Mouhoub Mouhoud holds a doctorate in economics (1991) from Paris I Sorbonne. He taught as a University Lecturer at Université d’Evry Val d’Essonne, Bretagne Occidentale and Université de Paris 13, and joined Dauphine - PSL in 2006.

His work focuses on the effects of globalization of the labor market, the competitiveness of territories, business relocation and offshoring, international migration, and development in the North African/Middle Eastern region.

Dr Mouhoud has also served as Scientific Adviser at Commissariat Général du Plan, an advisory group to the Prime Minister (1995-2007) and as a consultant to the OECD, the UN, and the World Bank. At Dauphine-PSL, he has directed the Bachelor’s program in International Affairs and Development, the Master’s degree in International Affairs, and also cofounded the Master’s degree in Peace Studies. He was named president of Dauphine – PSL in December 2020.

Born 18 June 1967, Isabelle Huault has been Professor at the Université Paris Dauphine - PSL since 2005 and Vice-President of the University from 2015 until 9 December 2016, when she became President.

From 2009 to 2015, she directed the Dauphine Research Centre in Management (UMR CNRS 7088). She also served as Vice-President of the National Council of Universities (section of management sciences) from 2011 to 2015.

She is a graduate of EM Lyon, PhD in Management Sciences and a university associate professor.

As a professor, she taught strategy and organizational theory.
Her research work focuses primarily on the social construction of financial markets, financialization and financial regulation.
Isabelle Huault is a member of several international academic societies:

She was President of the International Association of Strategic Management (AIMS) from 2006 to 2008. She is a member of several editorial boards of international journals including Organization Studies and Organization.

She was twice a member of the jury for the national competition in the recruitment of university professors in the fields of management sciences (2002-2003) and economics (2013-2014).
Isabelle Huault is a knight of the Ordre des Palmes académiques.

She has written numerous articles, and is the author or editor of several books, in particular:

Diplomate of the École Normale Supérieure de Cachan, Laurent Batsch is Professor at the Université Paris Dauphine - PSL where he has taught corporate finance since 1999.
In 2001, he developed the Master 246 “Real Estate Management”, accredited by the RICS.

Laurent Batsch, who became President of Dauphine on 8 June 2007 and was re-elected on 26 May 2011, led a dynamic initiative on behalf of the University with the award of the EQUIS accreditation label, the launch of the Dauphine Foundation, the creation of numerous chairs, the establishment of the University abroad with the creation of Dauphine-Tunis, the development of a second campus in the financial center of La Défense, and the integration of the IPJ (Institut Pratique de Journalisme).

By modernizing budgetary, real estate, and human resources management, he made it possible for the university to become autonomous in January 2011.
All these developments are in line with a clearly defined strategy: to position Dauphine as a university recognized internationally for the quality of its research and education, by involving it notably in the PRES PSL and in the PSL* excellence initiative, which was adopted by the international jury at the beginning of July 2011.

Bernard de Montmorillon (Autun, 1950) is a French professor of Management.

Diplomate of HEC (1973), with a Bachelor’s degree in History (1973), of the DEA 101 of the Université Paris-Dauphine, he holds a State doctorate in Management Sciences (1980) and is associate professor of Management Sciences (1982).
He taught at the University of Nancy-II (1982), then at the Université de Bourgogne (1984), where he notably served as director of the IAE. Since 1990, he has taught at Dauphine where he has been in charge of the DESS 231 Management of Human Resources (1991-2000). He teaches in the Executive MBA program at Dauphine.

Bernard de Montmorillon was President of the Université Paris Dauphine - PSL from 1999 to 2007.

He then worked at the Ministry of National Education, Higher Education and Research, notably as President of the National Council for the Development of International Student Mobility, where he was concerned with the reception of foreign students and international student exchanges. From 2003 to 2008, he was an administrator of the Société Générale.

He is a member of the Circle of Economists (Cercle des économistes) and participates in the political think tank Fondation Concorde on the reform of higher education.

Élie Cohen was President of Université Paris Dauphine - PSL from 1994 to 1999.

Ivar Ekeland (Paris, 1944) is a French mathematician of Norwegian origin.

A former student of the École normale supérieure (1963-1967) and research associate at the CNRS, he obtained the PhD en 1970. He taught mathematics and economics at Dauphine, École Polytechnique, École Spéciale Militaire of Saint-Cyr, and the University of British Columbia (UBC) in Vancouver. He was a vice-president of the Société mathématique de France from 1975 to 1981.

Winner of the d'Alembert Prize and the Jean Rostand Prize, he is also a member of the Norwegian Academy of Sciences and Letters.

Ivar Ekeland was President of the Université Paris Dauphine - PSL from 1989 to 1994.

A diplomate of the IEP of Paris and the Université Paris II Panthéon-Assas, Brigitte Berlioz-Houin was associate professor of private law.
After arriving in Dauphine in 1979, she has spent her entire career there and has played an eminent role in developing the teaching of law associated with management as well as that of international relations. She thus created a Bachelor's Degree in Law and Management and two DESS specialized in International Affairs.

Brigitte Berlioz-Houin served as interim administrator of Dauphine from 1984 to 1989.

He was awarded a doctorate in economics in 1970 and a university agrégation in Economics and Management in 1973.
He taught Management of Human Resources and Microeconomics as a Professor at the Université Paris-Dauphine - PSL. He created the DESS 212 International Affairs (now Master 212), which he directed between 1985 and 1989, as well as the Group of Economic and Social Research (Groupe de Recherches Economiques et Sociales, GRES).
Henri Tézenas du Montcel was President of Dauphine from 1980 to 1984. Subsequently,he became president of the Groupe HEC in January 1992.

The Dauphine-Henri Tezenas du Montcel Prize, created in 1996, is awarded every year to journalists for their articles and economic reports. A room on the HEC campus in Jouy-en-Josas and an amphitheater at the Université Paris Dauphine bear his name.

Jean-Paul Gilli (Nice, 1930) is an attorney and a professor of French public law.

He was sworn in at the Paris Bar in 1953.
Specialized in urban planning, he is the author of the book "Redéfinir le droit de propriété" (Redefining property rights) and, with Jacques de Lanversin, of "Droit de l'urbanisme".

Doctor of Laws and associate professor of law, he was President of Dauphine from 1975 to 1980.